We Are Lamma C.C.

Dates for your diary 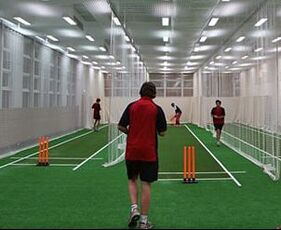 Club nets have begun as we prepare for further challenges in the Saturday Championship Division 1, Challenge League Division 2, Friday Masters League and the many tournaments and social games. Ryan Buckley will once again be coaching us up at the HKCC.

Please note there are rules and limitations there to be respected at all times. These sessions will be announced through the TeamSnap and are on a first claimed, first served basis unless stated otherwise.The nets will run on most Wednesdays 19:30 to 21:00 and we will be limited to 18 players per week as per HKCC rules.

Cost is $100 per session payable directly into the Lamma CC HSBC account.

At the beginning of each season, your LCC Executive Committee (ExCom) is very busy, and this season has been no different. Our main focus has been on Membership numbers as we are heavily involved in three fronts.

The Club has recently added new Members and we welcome and wish them well and success on the field!

We have retained our sponsors, Yardley Brothers for fine craft beer, HighLife, our garment supplier who supply us with our superb garments, HK Electric and of course Ashford Benjamin who continue as our title sponsor. We thank them all for their fantastic support.

Net training is once again at the Hong Kong Cricket Club with their excellent facilities and support. Royce, Adrian and Craig have been organising them for us for the past few seasons and we are fortunate to use these great facilities with coaching from Ryan Buckley.

The Fixtures & Events Calendar has been updated but with covid restrictions changing these are liable to change at a moments notice. However, please take note of the dates and made yourself available for the key times during the season. As always the latest information will come to you through our WhatsApp and TeamSnap accounts. Please make sure to fill in your availability of games and events in TeamSnap, either with a tick, a cross or a '?' as it is important to help your ExCom with the planning.

Besides the many cricket matches this season brings, we hope to provide a number of events to keep you occupied during the cricket season - well, as much as the covid restrictions allow!

What CHK has to say about the new tournament:
"Hong Kong’s newest cricket competition kicks off tomorrow, with the Kai Tak Longstops playing the Hong Kong Jockey Club in the opening game of the Friday Master’s League!
The Friday Master’s League is a CHK sanctioned event, organized and run by the historic Lamma Cricket Club. All matches take place on Fridays, primarily at Gin Drinkers Bay in the afternoons, and the rules include bonus points for fielding players that are older than 45 (1 point), 60 (2 points), female (1 point) and born in Hong Kong (1 point). Teams will play 35-over a side matches, following Saturday Championship League rules for the most part. However, there are also bonus points on offer for both teams if the second innings goes past 31st over, therefore discouraging sides from chasing a quick win and encouraging longer matches with more opportunities for everyone to get involved.
Participants in this competition include the Hong Kong Jockey Club and Kowloon Rugby Legends, both of which are taking part in a formally organized cricket league for the first time ever. Kai Tak CC bring their decades of league cricket experience to the competition, while The Knights have competed in the social cricket scene in Hong Kong for several years now. Rounding off the competition are relative newcomers Vikings CC, who are also making their first appearance in the CHK Challenge League this season.
All games will be live scored on CricHQ, and will be played in accordance with the CHK COVID-19 Match Day Guidelines and CHK Code of Conduct."

It's all go with the LCC range of clothing

I am sure you are aware of our recent updating of all our gear for the coming season. We hope you have put your order in for the many fine items that our Club supplier, HighLife, produce for us.

One of the most notable and classy adornments is that we have our own LCC joining number and initials on our white club shirt sleeve, just like test countries do on their shirts. We think that’s pretty special.

A note about the tournament batting clads, we have 4 designed sets of batting pad clads and one set for the w/keeper pads on order. These are Club owned for use in the various tournaments we'll be participating in.

With the recent influx of Saffers drawn to our fine Club, I thought we might want to know a little more about them and their home. Here's a little taster so we can impress them with our knowledge of SA:

And a lesser known fact on one of our LCC Members ...