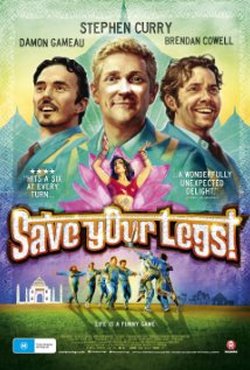 After months of planning and an on-off-on match, we finally get to meet and play the 'stars' of the movie 'Save Your Legs'. Sadly, Lamma CC do not feature in the movie, had it have done it would no doubt have been a big hit, but despite that fact it is still a very worthwhile movie.
As of yet there is no match report but suffice to say we were gracious hosts and gave them a game to remember - only their second win in 14 tours!
And then it was back to Barco ...